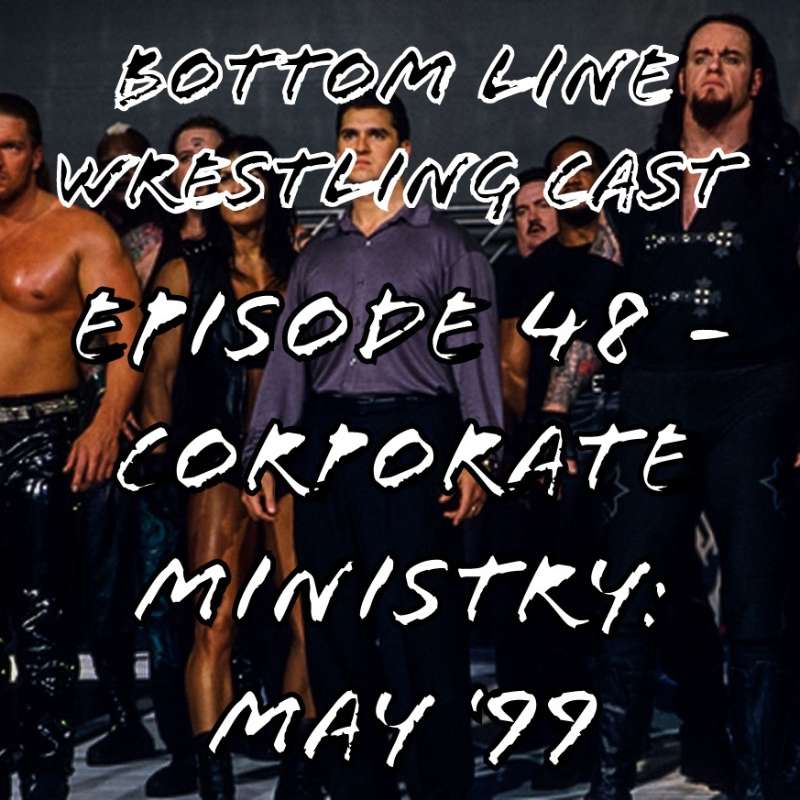 This week Mike & JV discuss the formation of the Corporate Ministry. Shane McMahon & his Corporate Ministry will make life hell for the disgruntled former Corporate employees, The Union. Undertaker & Triple H get the upper hand on Stone Cold Steve Austin and The Rock on Raw from May 3, 1999. The following week on the highest rated Raw in history, Vince McMahon teams up with Stone Cold & The Rock to take on Shane, Undertaker, & Triple H. Also, Stone Cold Steve Austin heads back to the UK to take on Undertaker & Triple H in an “Anything Goes” Triple Threat Match for the WWF Championship at No Mercy!

Check out "Talking Taker” Alex & Travis are "digging up" the career of the Undertaker. You can now dig back into their archives and explore the 90's run of the Deadman. This week is Episode 111 -Great American Bash '05: Undertaker vs. Muhammad Hassan

Booking the Territory: The Unprofessional Wrestling Podcast - Mike Mills, along with his hilarious & informative team of Doc Turner & Hardbody Harper, break down episodes of NWA WCW Saturday Night from 85-88 and Smoky Mountain Wrestling from the start in 1992 and they are currently in 1995.

Join the Booking the Territory Patreon Page at Patreon.com/BookingTheTerritory at the $5 to join JV & Mike on their new venture, Extreme ECW Live Cast. Mike & JV will be doing Watch Along Live Commentary coverage of ECW Hardcore TV, This past week on the ECW Extreme Live Cast, we covered ECW Hardcore TV Ep 19 & 20 from August 17 & 24, 1993. Check it out!

Check out Free Your Geek, Episode 80: It’s Scary in Derry with Facts & Rumors is now available! In weeks to come we will be doing a special WWE Draft Episode with J-Free on Free Your Geek!.

Feel free to make suggestions and chat with us, at @MPRU83 & @JOHNVANDAMAGE Thank you for listening!