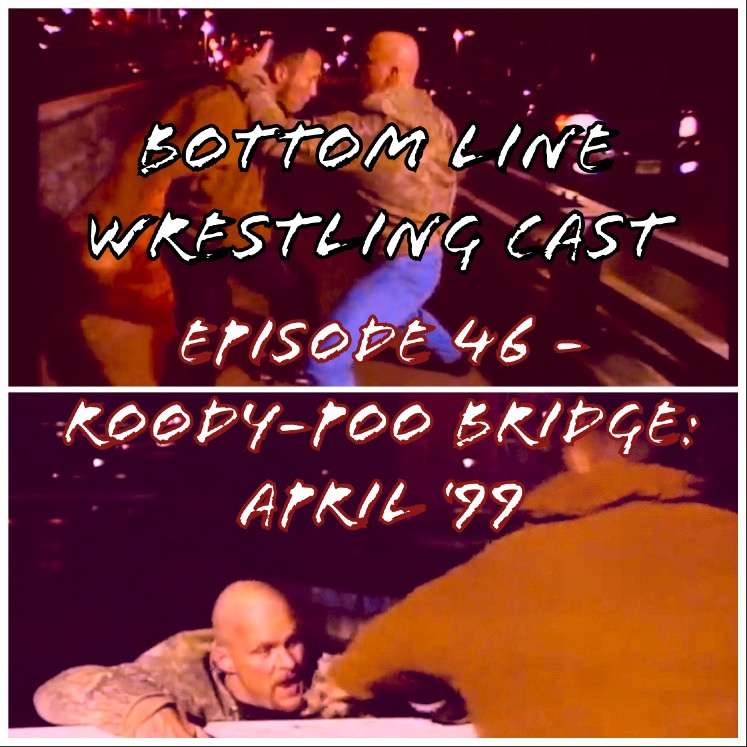 This week Mike & JV will discuss the first couple weeks of April 1999. The Rock & Shane McMahon continue to play keep away with Austin’s Smoking Skull championship belt. Shane McMahon is going to taunt Austin by putting an image of his belt around The Rock’s waist on the Titan Tron, which is bad news for the Titan Tron. The Rock challenges Austin to find him on The Roody-Poo Bridge on Candy Ass Lane in Detroit.

Check out "Talking Taker” Alex & Travis are "digging up" the career of the Undertaker. You can now dig deepack into their archives and explore the 90's run of the Deadman. This week is Episode 108 - Royal Rumble 2005 - The Undertaker vs. Heidenreich in a Casket Match!

Booking the Territory: The Unprofessional Wrestling Podcast - Mike Mills, along with his hilarious & informative team of Doc Turner & Hardbody Harper break down episodes of NWA WCW Saturday Night from 85-88 and Smoky Mountain Wrestling from the start in 1992 and they are currently in 1995. This week on the NWA/WCW episode they covered the NWA WCW from 05/07/88. On the SMW Show they will be covering 02/11/95 Ep 159

Join the Booking the Territory Patreon Page at Patreon.com/BookingTheTerritory at the $5 to join JV & Mike on their new venture, Extreme ECW Live Cast.

Mike & JV will be doing Watch Along Live Commentary coverage of ECW Hardcore TV, This week on the ECW Extreme Live Cast, we covered ECW Hardcore TV Ep 13 & 14 from June 29 & July 6, 1993. Check it out!

Free Your Geek - On this week’s Episode 79: SOL: J-Free is on location with Sol. They discuss The Joker trailer, Spider_man, Star Trek, D&D, Aladdin & Lion King Sega Re Release. Please reach out and support us on Twitter & Facebook @bottomlinecast